Former Bears quarterback Josh McCown has done something that few players have accomplished. He has fooled the entire NFL into thinking he is a good quarterback. Yes, many players are given the opportunity to quarterback an NFL franchise, and some are given one or two chances, but McCown keeps finding starting jobs. What makes his illusion act so impressive is that he is done this with a stat line and record that would force other players into retirement.

Josh McCown has agreed to terms with the Cleveland Browns. The deal is for three years, according to ESPN. This marks his seventh stop in what will be his 13th season in the NFL. McCown has accumulated a win loss record of 17-32, as a starting QB, including a 1-10 stint last season with Tampa Bay. His win loss record translates to an overall winning percentage of 34.7% — just 9% last season.

In all his seasons as a quarterback, the only winning record he mustered up was while he was with the Bears during his magical five game run in 2013 where he went 3-2. Bears Coach Lovie Smith was fired with a better winning percentage (62.5%) the previous season. Food for thought.

Many people will say the stats can be misleading, but when you are a quarterback, stats are broken down in many different ways. They are even combined to create a calculated quarterback rating.

McCown, in his career, has amassed a quarterback rating of 76.1 which is far below average according to NFL standards. This puts McCown in between Josh Freeman (77.8) and Chad Henne (75.5) among current NFL players. In his career rankings, McCown finds himself between Doug Flutie (76.3) and Stan Humphries (75.8), but if Josh continues his Tampa Bay level of play he is sure to find himself among the likes of David Carr, Tim Couch, and the guy he replaced, Jake Plummer.

To put his stats in complete perspective, without his magical five game run in 2013, McCown’s rating would be below a 71, trending downward. 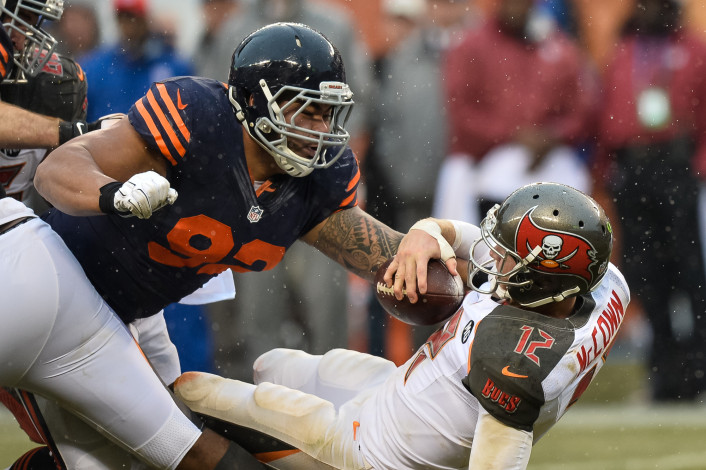 The most baffling part about teams pining after Josh McCown is that he already retired once because nobody wanted him for the 2010 season. Looking at his 36 games played, four different team sample size, the whole league said, no thank you.

Now, based off “the magical five games” and looking past his 1-10 current record, teams were lining up to say here’s five million dollars and a starting job. Cleveland eventually won out over Buffalo.

All I can say is congratulations on fooling the whole league into thinking that you a capable starting quarterback. My advice, Josh McCown should come out with a book entitled: How to Trick People in Giving You Five Million Dollars. It would probably sell quite a few copies.