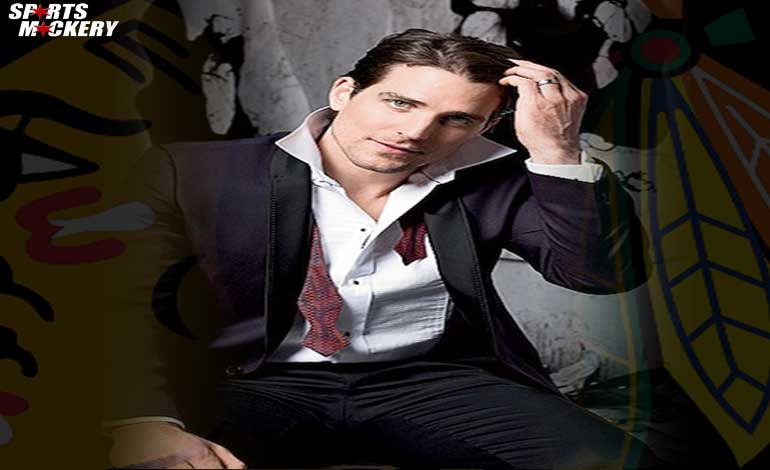 The Chicago Blackhawks have had their share of “off-the-ice” issues this season, including the suicide of assistant equipment manager Clint Reif and an incident with Corey Crawford “falling” at a concert while allegedly drunk. The latest controversy has centered around an alleged fistfight that took place in the locker room as a result of some questionable actions by fan favorite Patrick Sharp.

There have been rumors floating around since last season, which involved Sharp’s apparent infidelity and increased conflict with his wife because of it. 670 the Score’s Dan Bernstein has also hinted, on countless occasions, that he has a source indicating the latest controversy in the Blackhawks’ locker room is indeed due to Sharp and that he should be traded immediately. Bernstein would not reveal exactly what the source said though.

Yesterday, Sports Mockery released our first article about the Sharp allegations informing our fans of the situation and what Bernstein alleged. Keep in mind, this is nothing new to anyone closely following the team. Upon releasing said article, our inbox has been flooded with information from various people and even more rumors. After investigating, and vetting our sources, we have more information to share with you.

Our sources number one request was to remain anonymous; therefore, specific details and names were purposely left out. There is no video or photographs of Sharp having sex with anyone; however, there are a lot of people very familiar with Sharp’s personal life and exactly what is going on. The kind of information that your ‘average Joe’ would have no possible way of knowing. The sources that will be referenced in this article have close, personal relationships with the team; therefore, revealing them so everyone can have a name to attach to this is impossible.

All the rumors involve the personal life of one Patrick Sharp and the subsequent turmoil that his actions have caused the team.

Here’s a list of rumors currently being circulated, which appear to be mostly untrue:

Now, before we get into what our sources have shared with us, we want to turn your attention to something else real quick. Did any of you read our article on the recent Modern Family episode?

On arguably the most popular sitcom on television, a former alcoholic was impregnated by a member of the Chicago Blackhawks. After finding out he was married, he wanted nothing to do with her and she was left on her own with the baby. You can see the video here.

The director of said episode happens to be from Chicago as well. Isn’t that a BIZARRE coincidence? There are all these rumors flying around about Patrick Sharp, and all of a sudden, with no rhyme or reason, a super popular television show decides to include this rather sexual innuendo in their script. Tongue in cheek perhaps? The show is based in West LA, why would this happen? Why now?

A recent investigation by Sports Mockery has revealed some interesting information. With over 100, 000 fans on social media and countless relationships with people involved with the Blackhawks, some of these rumors have been discussed by multiple sources.

This is what we now believe. This information came from FOUR different independent sources, each vetted and having direct personal ties with the Chicago Blackhawks. None of the sources are aware of the other, yet they all had matching stories.

Each source indicated that Patrick Sharp indeed had sex with Duncan Keith’s wife.

Each source also indicated that Patrick Sharp has had an affair with Cheryl Scott from ABC7 news, which may or may not be ongoing.

Finally, the Chicago Blackhawks organization wants him gone as soon as possible.

Again, there is no “proof” in the form of videos, pictures or names of sources, but we can assure you that we wouldn’t be writing this if we didn’t feel very confident about the information presented. Our sources seemingly match what Dan Bernstein is saying, even though he hasn’t revealed any specific details — yet.

There will be a lot of people that say this is bullshit, that’s expected when discussing a player of Sharp’s apparent stature, and that due to lack of “proof” they refuse to believe it.

Everyone is entitled to their own opinion; however, there are four FACTS to keep in mind.

At this point, we can say that we are fully convinced the rumors referenced by our sources are true. It’s up to you to take this information and gather your own opinion.

One more thing, Sports Mockery is not reporting anything that isn’t already well-known by the people inside of Chicago’s organization. From what we have gathered, the Blackhawks, Sharp, his wife and everyone else seems to know this information already. The only ones that don’t know are you.