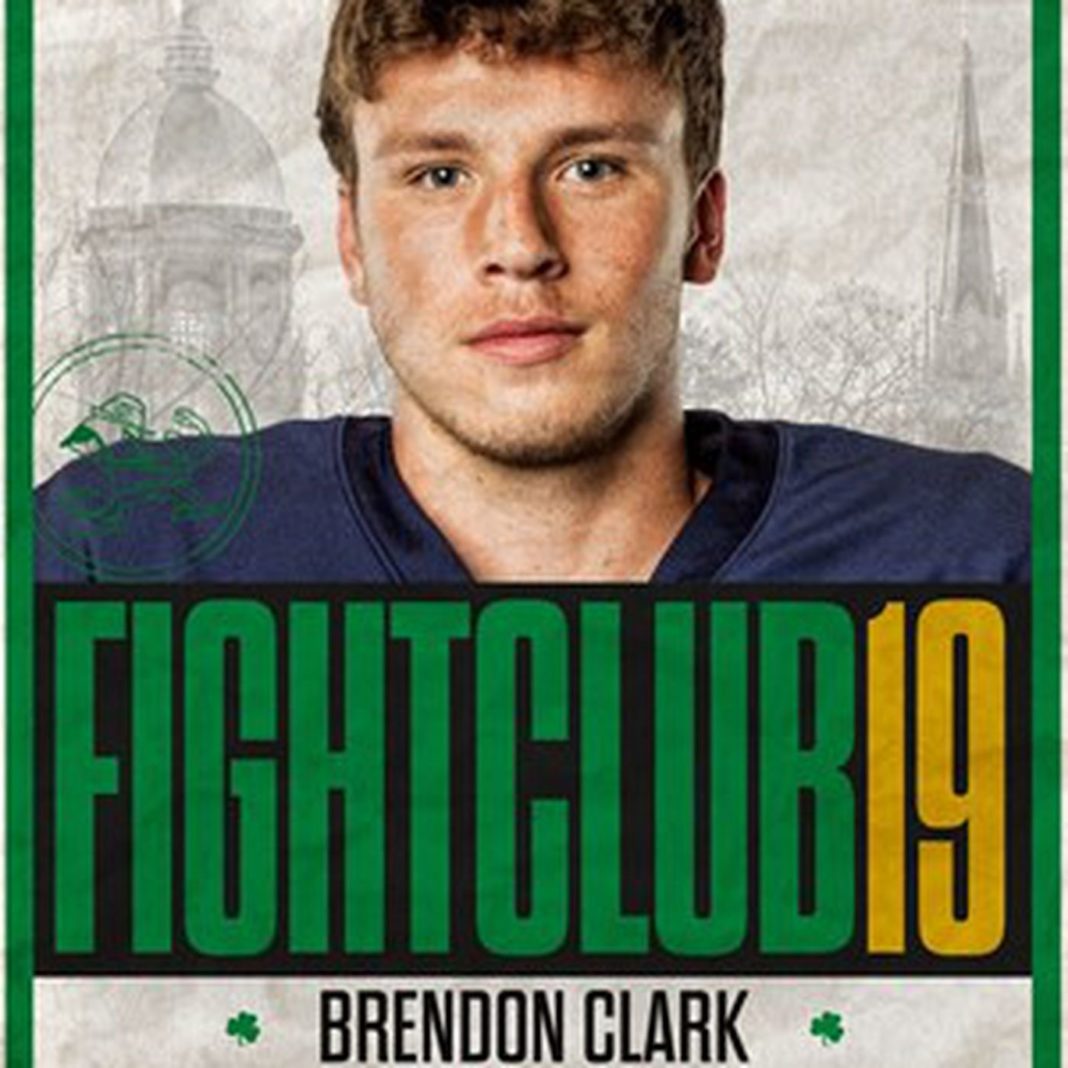 As Notre Dame’s sophomore quarterback Phil Jurkovec has entered his name into the transfer portal, the question becomes, who the hell is Brendon Clark?

Jurkovec made the decision to transfer. So now, the Fighting Irish are left with signal caller Ian Book at the helm.

As long as Book stays healthy, there should be no issues but if he does not the Irish will have only two options on the roster.

One of them, an incoming freshmen named Drew Pyne who is riding a hot performance at the All-America Football showcase – the other is a currently finishing his freshmen season at Notre Dame.

Clark is a state champion quarterback who played at Manchester High School, about 30 minutes southwest of Richmond, VA.

He compiled over 3,000 total yards and threw for 35 touchdowns to one interception in his 6A state championship run. On the ground he added another 17 touchdowns for a total of 52 touchdowns in his senior season. Pretty impressive.

Clark was only given three stars, but still ranked in the Top 15 players from the 2018 Virginia state class across ESPN, Rivals and 247sports and was rated between the 19th-21st PRO style quarterback nationally.

At just under 6’2″ – Clark reminds me of Jacksonville Jaguars QB Gardner Minshew. He just has that sort of look to him, does he not?

Minshew was also a three star prospect and bounced around before finally landing at Washington State.

Minshew was from Brandon, MS.