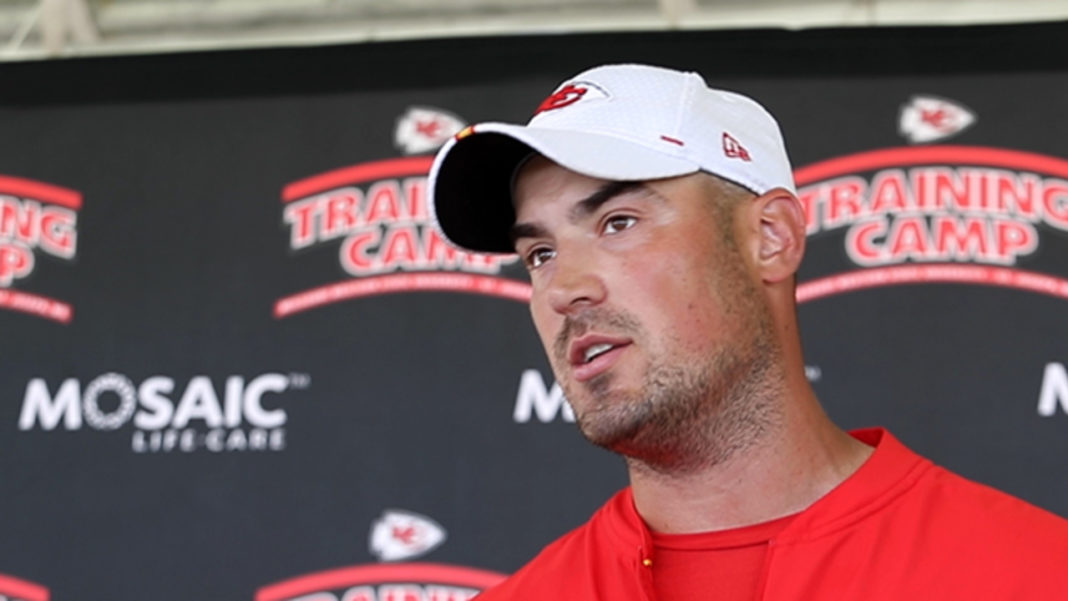 The biggest story going for the Chicago Bears as they must wait for the offseason to begin in February is their offensive coordinator job. Mark Helfrich is out. No doubt fueled by helping construct the 29th ranked offense in football. Since his departure, it appears the team has focused on finding more experience for their unit. They hired Juan Castillo (22 years) to run their offensive line and Clancy Barone (12 years) to handle the tight ends. One would think they’d want the same for their OC. Then an odd name came up: Mike Kafka.

Most younger fans probably have no idea who that is. Their parents will though. At least in the Chicago area. Kafka is a Chicago native, having attended St. Rita high school where he won three conference championships. This helped him earn a scholarship at Northwestern. There he spent most of his time on the bench until 2009 when he finally became the starter. He finished with 3,430 yards passing, 295 rushing, and 25 total touchdowns. This helped him get drafted in the 4th round by the Philadelphia Eagles.

While hailed for his intelligence, leadership qualities and accuracy most felt he just didn’t have the physical tools to be a starter in the NFL. This was proven true. Kafka spent five seasons as a backup for two different teams. During that time he got to experience several different types of coaches from Andy Reid to Bill Belichick, and Lovie Smith. He ended up attempting 16 passes in his career and retired by the end of 2015.

Thus began his transition to coaching.

Mike Kafka wasted no time when he got into coaching

Kafka earned a position as a graduate assistant for his alma mater at Northwestern in 2016. The offense he served on performed well, averaging 26 points per game and posting 31 in a bowl victory over 23rd ranked Pitt. This apparently caught the attention of his old coach Reid, who quickly hired him as a quality control assistant in 2017. This brought him into connection with Matt Nagy, who was the offensive coordinator that year. After Nagy left, Kafka was elevated to quarterbacks coach.

With his help, Patrick Mahomes won league MVP in 2018, throwing for 5,097 yards and 50 touchdowns. In two years together, the QB has delivered over 9,100 yards through the air with 76 touchdowns. Just an absurd amount of production.

Kafka was a communications major in college. He helped run several passing camps prior to getting into coaching. So it’s clear he understands how to communicate with players. His quarterback background makes things that much easier. While he has limited experience and has never called plays, it is obvious enough that he has a sharp understanding of the game. One doesn’t rise through the ranks this fast without knowing what they’re doing.

The Mahomes rub? The Chicago bloodlines? A Nagy connection? It’s a hire that feels like it could work.