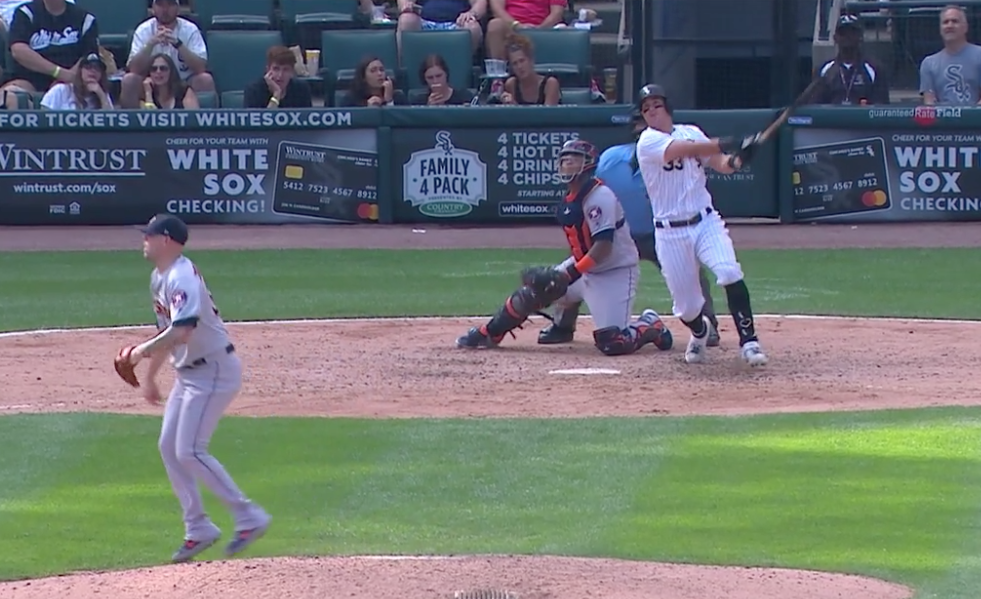 After the White Sox signed Yasmani Grandal early in free agency fans immediately started to wonder what the team was going to do with so many catchers. The odd-man out at the time seemed to be 2016 first round pick Zack Collins, but James McCann’s name briefly popped up in trade rumors too.

Grandal, 31, has started at least 100 games behind the plate since 2015, and he’s going to be the every-day catcher on the South Side in 2020. It’s easy to find a role for McCann, as the White Sox may want to give Grandal some extra rest during the regular season and McCann can be a solid backup catcher.

However, now that the White Sox are looking to strengthen their bullpen, the list of free agent relievers is shrinking. So, 670 The Score’s Bruce Levine speculated on Friday that the White Sox might end up adding a relief pitcher through the trade market, using McCann as the trade bait.

While there are more than 70 veteran relievers available in free agency, the White Sox could also look to the trade market to make a key addition to their bullpen. If so, catcher James McCann is a prime candidate to be dealt.
As the White Sox look to make their next move, keep your eye on McCann. Hahn has made clear that solidifying the bullpen is the priority now, and McCann could be part of the solution.

McCann, 29, avoided arbitration with the White Sox this offseason, agreeing to a $5.4 million deal for 2020. The right-handed hitter will be a free agent following this season.

Although Levine strongly hints at McCann being a possible trade chip for bullpen help, speculation in December pointed to the White Sox needing to be blown away in order to trade the catcher.

But hey, if the White Sox get a solid reliever, maybe that will be enough to unload McCann.

In 2019, McCann had a breakout first half, leading to an All-Star appearance. However, regression hit hard in the last few months of the season and essentially went back to being the bad hitter he was the previous three years with the Tigers.

So, it’s tough to see the White Sox getting a good reliever for McCann and for that reason I just don’t see him being the one traded if that’s the route Rick Hahn goes to add another bullpen arm.