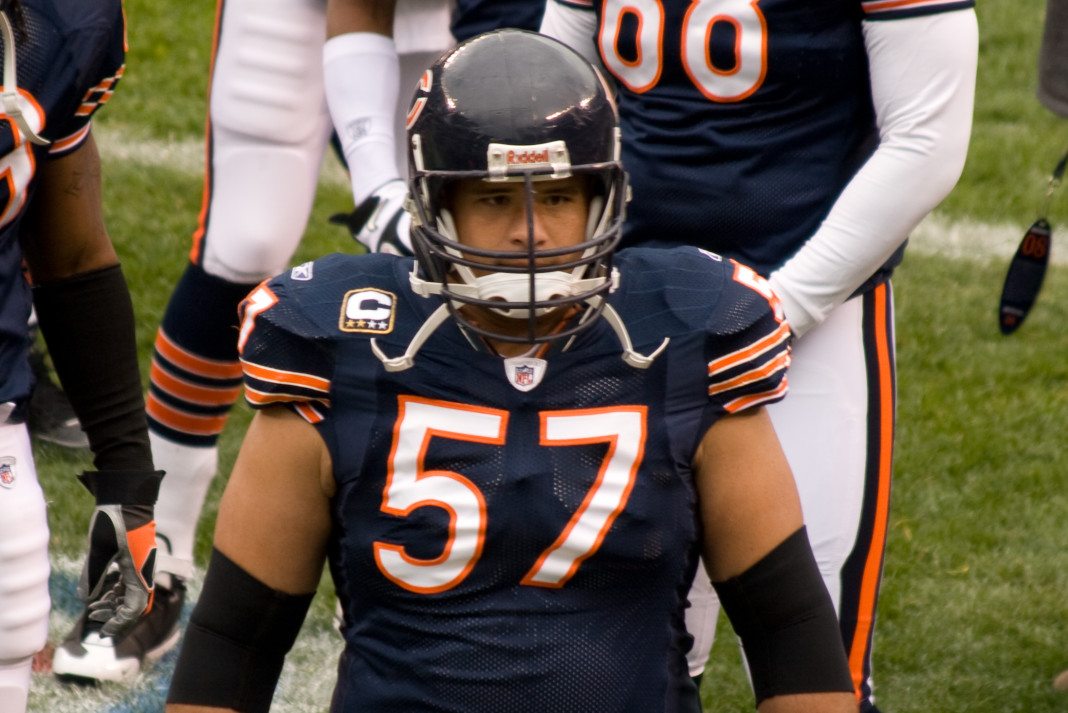 Anybody who has been a fan of the Chicago Bears for long enough knows the legend of Olin Kreutz. These days the man is renowned for his highly entertaining social media presence and excellent tape work covering his former team. However, a decade ago he was still viewed as one of the toughest and most feared offensive linemen in the NFL. A legitimate badass that nobody wanted to mess with. Not just because he was really good at his job, but because he didn’t take crap from anybody.

Former Bears receiver Earl Bennett was well aware of Kreutz’s reputation almost from the moment he arrived in Chicago. He made sure to pay the center his respect. However, others failed to avoid that wrath. Bennett told the story of how once in the late 2000s how a disagreement led to Kreutz slapping the hell out of former Bears linebacker Hunter Hillenmeyer.

A mystery that to this day neither man has revealed.

“Saturday’s were typically walk thru’s that spanned 30-45 min. Special teams would run through their plays, with offense and defense following. Nothing out of the ordinary on this particular day — just a refresher before the game. All of a sudden, as we were breaking it down to go change and prepare to head downtown, a commotion occurred.

I was positioned on the outside of the circle when the situation occurred and I saw people working to dislodge Hunter and Olin. After the dust settled, there was a hot-tempered Hunter, which was quite unusual, and then there was Olin, who walked off as if nothing had happened.

Everyone who didn’t see asked “Who Slapped Hunter?” And the response from various teammates was, “Olin slapped him.” But, what happened? No one knew. All we knew was Olin slapped Hunter and it was Olin so it had to be justified.”

Olin Kreutz was not going to be questioned

It would be one thing if this fight started on the practice field where offensive linemen are always getting into tussles with defenders. This though took place the day before a game. So it must’ve been a significant disagreement for Kreutz to just come out and slap a teammate. Especially one with such a low-key reputation as Hillenmeyer. Yet nobody thought to press the center on it. He was the locker room leader and must’ve had a good reason.

The fact Hillenmeyer himself never talked about the incident suggests he did something that did not sit well with Kreutz and paid the price for it. Then again, that Bears team was known for squashing controversies for the sake of the culture. It’s just wild to see how much respect the center had that he could do something like that with no need to explain himself.