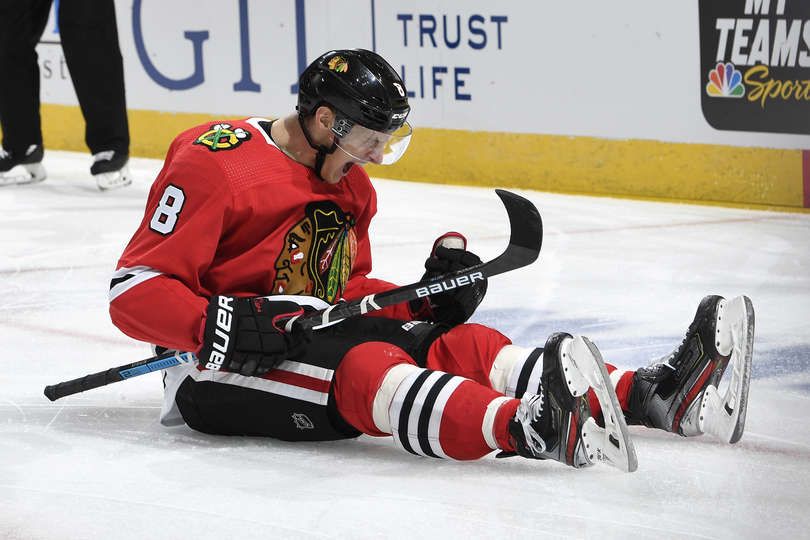 The 24-year-old Czech winger currently leads all NHL rookies in goals with 18.

Chicago Blackhawks forward Dominik Kubalik has been one of the NHL’s biggest surprises in 2019-20. The former seventh-round pick of the Los Angeles Kings didn’t have much hype coming into his rookie campaign, but near the mid-point of the season, Kubalik has established himself as one of the league’s premier freshmen.

“He’s a hell of a hockey player,” said goaltender Robin Lehner. “[In] camp, I didn’t really know who he was. But I would say he has the best shot on our team. Kaner’s obviously accurate, stuff like that. But in practice, it’s incredibly hard to stop his shot.”

Kubalik’s play over the last month has cemented him in the middle of the Calder Trophy race for the NHL’s top rookie. Since Dec. 19 vs. Winnipeg, Kubalik has 10 goals (three game-winners) and five assists in 13 games. He had points in six consecutive games and goals in five before being held off the stat sheet on Wednesday in Montreal.

Through 45 games this season, Kubalik has 18 goals and 10 assists for 28 points, which ranks fourth among NHL rookies. Only Victor Olofsson (35, Sabres), Cale Makar (33, Avalanche), and Quinn Hughes (32, Canucks) have more.

Kubalik’s 18 goals currently leads all rookies. He surpassed Buffalo’s Olofsson on Tuesday night with two goals against the Senators. Olofsson is expected to miss significant time with an injury, and Dallas’ Denis Gurianov is seven goals back, so Kubalik has a chance to run away with the rookie goal lead.

With Makar and Hughes playing such pivotal roles on their respected teams, it’s going to be hard for Kubalik to beat them out for the Calder Trophy. Both defensemen average well over 20 minutes per game, while Kubalik averages just 13:25, which is the lowest among the top-five rookie point leaders. The left-handed sniper would likely have to continue scoring at a ridiculous pace to win the award.

Even though it’s unlikely that Kubalik wins the Calder, it’s still impressive that he’s even in the running. No one expected him to be in the rookie of the year conversation with guys like Makar and the Hughes’ brothers. Kubalik’s immediate impact in his first year has been imposing, especially considering that the Blackhawks traded a measly fifth-round pick to acquire him.

For the minimal price it cost the Hawks to add Kubalik, they certainly have to be happy with his production this season. He’s currently second on the team in goals– ahead of both Jonathan Toews and Alex DeBrincat. Kubalik may not be named the NHL’s top rookie come June, but his first season has been beyond successful to this point.