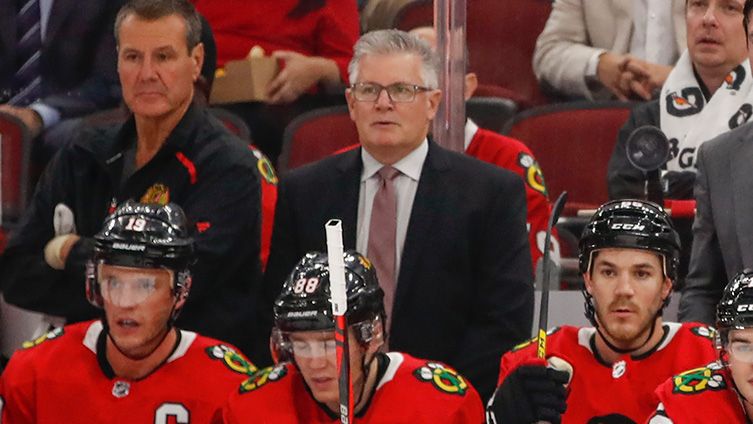 Crawford served a one-month suspension for incidents regarding the physical and verbal abuse of players.

Chicago Blackhawks assistant coach Marc Crawford rejoined the team this afternoon in Vancouver during the morning skate. Crawford was suspended by the Blackhawks on Dec. 2 to conduct a thorough investigation of the allegations.

The allegations against Crawford first were made public back in 2016 from Patrick O’Sullivan when he wrote in his book — “Breaking Away: A Harrowing True Story of Resilience, Courage, and Triumph” — that Crawford was physically and verbally abusive toward him and other players while coaching the Los Angeles Kings.

Former Stanley Cup champion defenseman Brent Sopel told a story on a podcast that Crawford kicked and choked him while coaching the Canucks.

The most recent allegation on Crawford came from Sean Avery during an interview with the New York Post. Avery stated that Crawford kicked him so hard that it left a noticeable mark.

Crawford has since come forward and taken responsibility for his prior actions. Crawford also said that he had been undergoing therapy for most of the last decade to change his behavior. The Blackhawks said that Crawford will be required to remain in counseling as part of his reinstatement.

“After the job in LA, I really thought, ‘Hey, I’m not liking where my coaching is right now.’ I felt from that point forward that the game was changing and I needed to change along with it,” Crawford said. I hope I’m part of the solution moving forward, I hope that episodes like I’ve been involved with don’t happen again, because I don’t think they have to… There’s been a really good dialogue that’s happened, so maybe that’s the good thing that’s come out of this.”