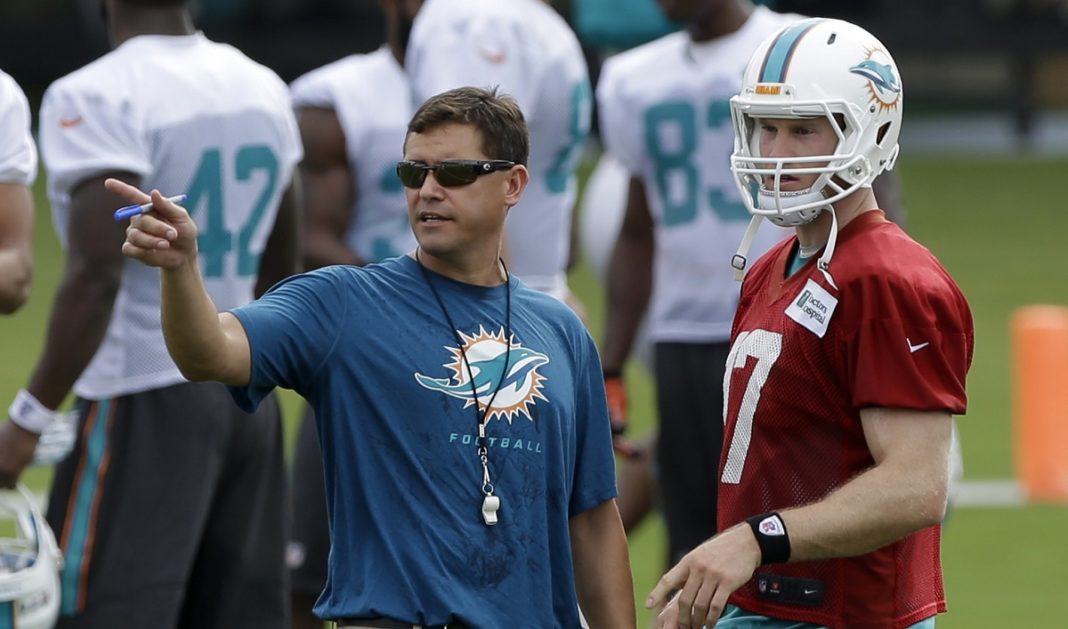 The Chicago Bears finally found their new offensive coordinator. He is Bill Lazor, formerly of the Cincinnati Bengals. Compared to Mark Helfrich, this is a step in the opposite direction for head coach Matt Nagy. Lazor has actual NFL coordinating experience for two different teams. The question is though, who exactly are they getting? Can Lazor do anything to help this offense actually get better?

That depends on who you ask. Some think he’s a bum with no concept of how to organize a legitimate running game. Others think he was over-scrutinized and blamed for wider organizational problems whenever he got his bigger opportunities. One thing that is not in question though is he seems to have an affinity for helping quarterbacks improve. Nick Foles went from unimpressive backup to Pro Bowler in 2013 with is help. Ryan Tannehill saw his passer rating go from 81.7 to 92.8 in 2014.

Andy Dalton threw for over 4,000 yards for just the second time in his career when Lazor arrived in 2016. NFL insider Albert Breer believes his presence might be the one thing left that might save Mitch Trubisky from being branded as a failure.

“The marriage of Bill Lazor and the Bears will be interesting—Lazor’s known for simplifying scheme for players, weaponizing tempo and finding a way to get guys playing fast. With a quarterback, in Mitch Trubisky, who often seems to think too much on the field, injecting that influence into Matt Nagy’s offense could be a godsend.”

Bill Lazor will lean into two things that made Trubisky good

One of the things that have proven difficult for the Bears is helping Trubisky to understand what is a complex and detailed offense under Nagy. This has led to constant urges from both fans and media that the team must find a way to simplify things for the young quarterback. Make it so he’s not thinking as much. They did manage to do this at times during the second half of the season. Play action, bootlegs, and some no-huddle offense were all utilized to considerable effect. The problem is they didn’t always stick with it.

By the sound of things, adding Lazor’s influence will help the staff lean more into that style of offense. The Bears want to play faster. They want to dictate the tempo and attack, not surrender the initiative to the defense. This isn’t a bad plan. It might not be classic Chicago football with a good running game, but this organization has remained committed to its goal of finally getting productivity out of the quarterback position.

Lazor has shown he can help with that. If Trubisky is to save his career, there are worse guys he’d want overseeing this upcoming season.