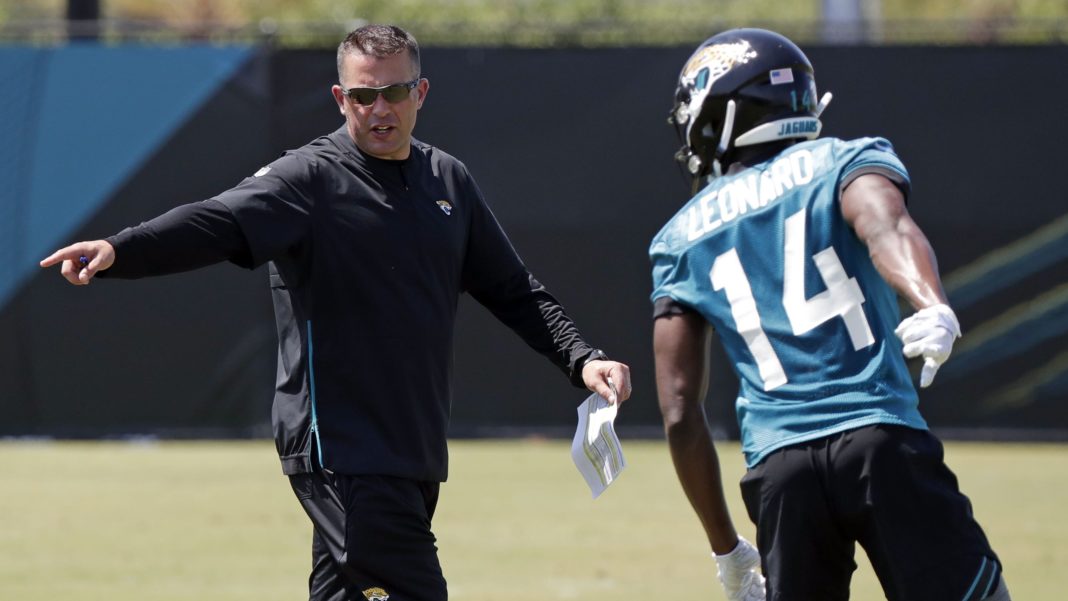 The Chicago Bears are still without an offensive coordinator. Their primary target, former Giants head coach Pat Shurmur, declined their advances to join the Denver Broncos. Now they’re in somewhat of a limbo. Rumors persist they’re coveting Kansas City Chiefs quarterbacks coach Mike Kafka but that is an uncertainty. Not just because the coach remains busy with preparations for the AFC championship, but also because his current team could easily decide to block any attempt to hire him.

So the Bears may have to look elsewhere. If Matt Nagy wants to hire somebody with prior knowledge of his style of offense though? He’s in luck. The Philadelphia Eagles parted ways with Mike Groh a few days ago. His work under Doug Pederson was solid, especially given the string of injuries he’s had to deal with. Now a new name will join him on the open market in the form of John DeFilippo.

Most remember him as the quarterbacks coach for the Eagles back in 2017 when they won the Super Bowl. A year Carson Wentz was a favorite to win MVP before getting hurt and Nick Foles becoming Super Bowl MVP in his stead. This resulted in DeFilippo becoming offensive coordinator in Minnesota but was fired after just 14 weeks due to differences with head coach Mike Zimmer. He then landed the same job in Jacksonville.

Again though, it didn’t last long.

John DeFilippo is exactly what the Chicago Bears want

It’s not exactly clear why DeFilippo was dismissed so fast from both jobs. He wasn’t terrible in 2019. The offense made a jump from 27th the previous year to 20th despite having to go with a 6th round rookie quarterback in Gardner Minshew for most of the season. He finished with a respectable 91.7 passer rating on the year, throwing 21 touchdowns to six interceptions. Yet that wasn’t good enough for Jacksonville, and so DeFilippo is out.

The truth is the coach has been excellent elevating his quarterbacks for several years. Even in Minnesota, it was true. Kirk Cousins completed 70% of his passes for 3,274 yards, 24 touchdowns, and just four interceptions in the short time they were together before DeFilippo was fired. If the Bears are really that determined to prove Mitch Trubisky can still be their guy, then they need all the help they can get.

DeFilippo is familiar with their style of offense. He wouldn’t have to call plays in Chicago so he could focus on what he does best. It’s not a terrible idea and they did interview him for their head coaching job in 2018. So lines of communication are already open.