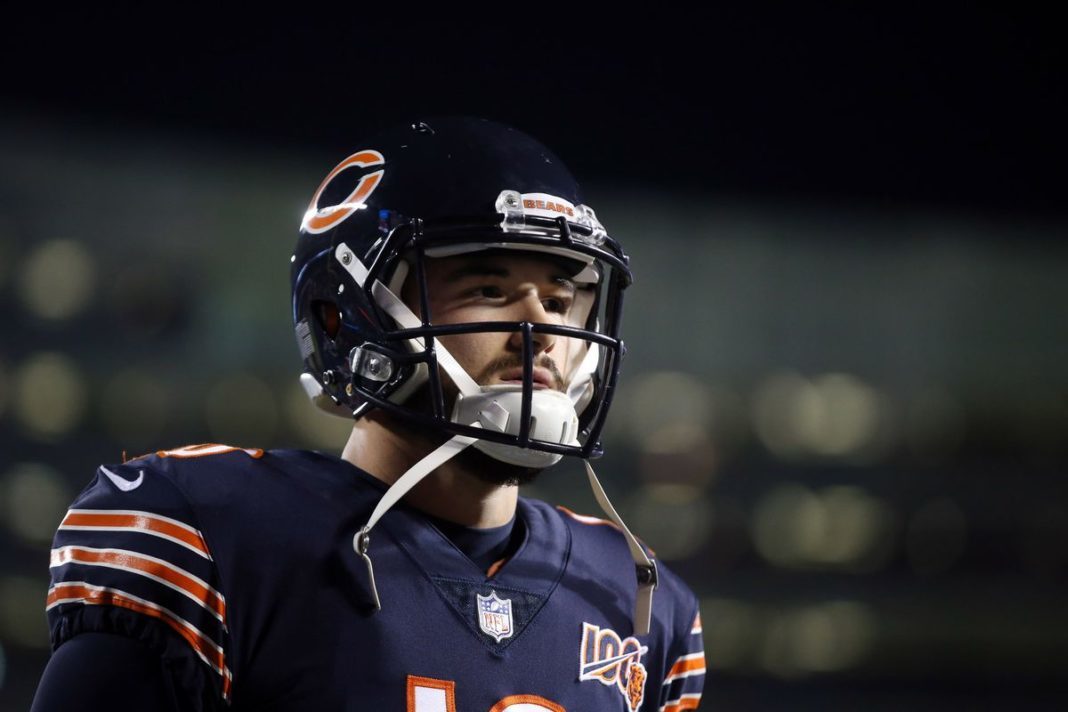 Today the Chicago Bears held their annual ‘end of the season’ press conference and there was a lot of buzz heading into it. A lot people wondered how they were going to address the quarterback situation moving forward and to some Ryan Pace’s answer shocked them.

Not me though. I am anything but surprised. This organization, especially Ryan Pace, have invested so heavily into their 2017 second overall pick, that I knew whole-heatedly that Mitch Trubisky was going to be the starter for the Bears next season.

When it comes to the quarterback position, people tend to display very little patience. I truly believe that sentence has never been more true than in 2019. Right now when you look across the NFL, there are a bunch of young quartebacks simply lighting it up.

There’s Patrick Mahomes, who was the MVP last season. Then you have 22 year-old Lamar Jackson, who in all likely-hood will be the unanimous MVP this year. All these factors don’t particular help the practice of preaching patience. In fact it does quite the opposite. This kind of success across the league only fuels fans to want more out of their respective teams and quarterbacks. That is why in many Bears fans eyes, Mitch Trubisky just isn’t the answer. After 40+ starts and three years of inconsistency, they have every right to feel that way. I am not going to try and convince anyone with this stance that their wrong. But I am going to give my opinion on why I believe the Bears are making the correct choice with choosing to stick with Trubisky for at least one more season.

When we look back at the 2019 season, it is extremely easy to toss all the blame on the 25 year-old quarterback while ignoring all the other signs of regression that surrounded the young signal caller. With that being said, let’s take a look at the many other reasons why this Bears team regressed in 2019.

The play-calling/decision making of Matt Nagy

Matt Nagy has done a fantastic job at changing the culture in the locker room and has shown to be a very capable leader. But he does have one major flaw:

His play-calling/decision making have been atrocious at times. I understand this is only his second year as an NFL head coach but he has done some things this season that have left you there just shaking your head in disgust. Whether it be the complete debacle at the end of the Chargers game or the fact that he hasn’t consistently tailored his play-calling to the strengths of his quarterback. Whatever way you want to chop it up, Matt Nagy is one of the main reasons in my eyes as to why the Bears never took that next step in 2019.

The lack of TE production

I don’t think people quite understand how necessary the tight end position is in today’s offense. It is simply a position that often makes an offense go. Take a look at Kansas City or Philadelphia. They have Travis Kelce and Zach Ertz. San Franciso has George Kittle.

You know what Mitch Trubisky had to work with all season?

At the beginning of the season the Bears made a switch to their offensive line. They swapped both James Daniels and Cody Whitehair. Daniels would be playing center while Whitehair moved to left guard.

What followed would be pure chaos.

The Bears offensive line regressed at alarming speeds. The injury/regression of Kyle Long and the laughable amount pre-snap penalties surely didn’t help and the Bears found themselves switching Daniels/Whitehair back to their original positions half-way through the season. This seemed to help the Bears offensive line tremendously allowing the unit to finish the season on some-what of a high note.

Unlike 2018, the Bears were hit hard with the injury bug this season.

Here are some of the key players that were injured this year:

It is safe to say that last season was far from healthy.

Did you know that in 2018 the Bears had the least amount of drops in the NFL at just 13 all season? Crazy right?

Well, the Bears receiving core did a complete 180 as they ranked 6th in the NFL with 32 dropped passes through the entire season in 2019. Like the offensive line, they picked it up late in the year but it is still an alarming stat considering how great this core was just one year ago.

Mitchell Trubisky has to be better

A lot of people might be upset that I am making so many excuses for Trubisky and that is fair. At the same time it is hard to ignore the lack of help he had in 2019. Literally all five of the things I listed above have a direct correlation to the production that Trubisky puts out. Don’t get me wrong, I don’t believe Trubisky is exempt from any blame here. He was an inconsistent, under-achieving mess almost all season long. Sure he has had his flashes but that seems to be his M.O. at this point in his career.

He has games where he looks absolutely brilliant and others where we sit back and just scream at the TV for three hours. There is no in-between with Mitch.

He either looks like Patrick Mahomes one play and then on the very next he goes and does his best Black Bortles impersonation. It is extremely frustrating and is a perfect example of how up and down the 2019 season was.

Where do we go from here?

Some good news for next season:

The good thing about the NFL is things can change very fast in just a year. The Bears are a perfect example of that. It will take Ryan Pace and company making smart/good decisions this off-season if the Bears want any chance at having a bounce back season next year.

For better or worse, the Bears are all in on Mitchell Trubisky.