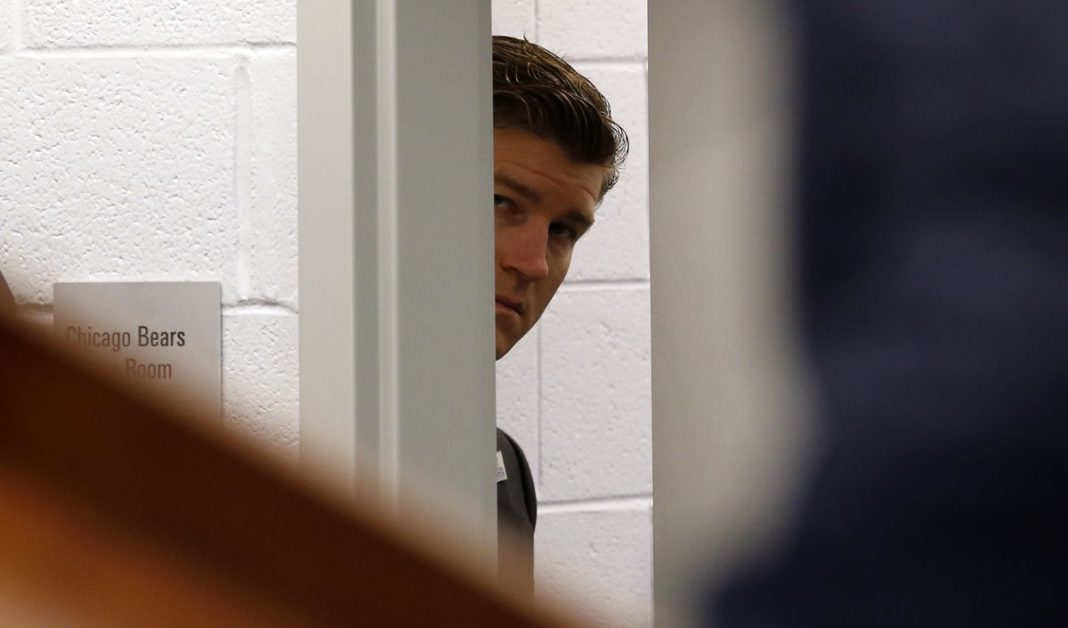 Ryan Pace wasn’t exactly on good terms with a lot of Chicago Bears fans through the first 10 games of 2019. The team was 4-6 and on the cusp of falling apart after such high expectations for this season. Worse still, many of his notable draft picks and free agent signings were starting to blow up in his face. Adam Shaheen and Trey Burton both went on Injured Reserve. James Daniels was forced back to left guard after floundering at center. Leonard Floyd has remained stuck at three sacks.

The list went on. People began to question whether the GM truly had done enough to help this team be successful. Or had he simply made a ton of aggressive moves that ended up setting them back even further? For a brief period, it genuinely felt like his job might be in jeopardy. The losing and ineptitude on offense were getting harder and harder to watch. People began to see him as another Phil Emery. A guy who took a lot of action but rarely got the desired results.

Then a funny thing happened. The team started winning.

Just three weeks after hitting bottom against the Los Angeles Rams, the Bears seemed to summon a second wind. One that they rode to wins over the Giants and Lions to reach 6-6, setting up a monumental showdown with the NFC East king Dallas Cowboys. In 60 minutes of unexpected and thrilling football, Chicago dominated. The best part for Pace wasn’t just the win though. It was that several players he drafted led the way.

Mitch Trubisky in past 3 games:

Anthony Miller in past 4 games:

Yet it goes much deeper than that. Where Pace’s credibility has really become enhanced in recent weeks is with the depth players on the roster. Every time the Bears have needed one of their backups to step in and play well, this has happened. The win over the Cowboys was a shining example. When Smith went down with a pectoral injury, Kevin Pierre-Louis stepped in. Primarily considered a special teams ace and little more, he had five tackles including one for a loss and had a big pressure on Dak Prescott to force an incompletion.

Kevin Toliver, an undrafted free agent in 2018, was forced to start for Prince Amukamara who was nursing a bad hamstring. Given he was facing Amari Cooper and Michael Gallup, a great receiver and a good one, he held up quite well. He finished with five tackles and a pass deflection. Most of the bigger plays allowed came late in the game when the Bears went to softer coverages in order to chew up the clock.

Last but not least were the tight ends. Pace has gotten a ton of heat for his inability to find good players at that position, even if health has been a major part of those failures. Even so, little known undrafted free agent Jesper Horsted and waiver wire pickup J.P. Holtz combined for seven catches totaling 92 yards. This isn’t even counting Pace’s more recent free agent pickups like Allen Robinson and Ha Ha Clinton-Dix who continue to excel.

Maybe that Executive of the Year award wasn’t such a fluke instance after all.