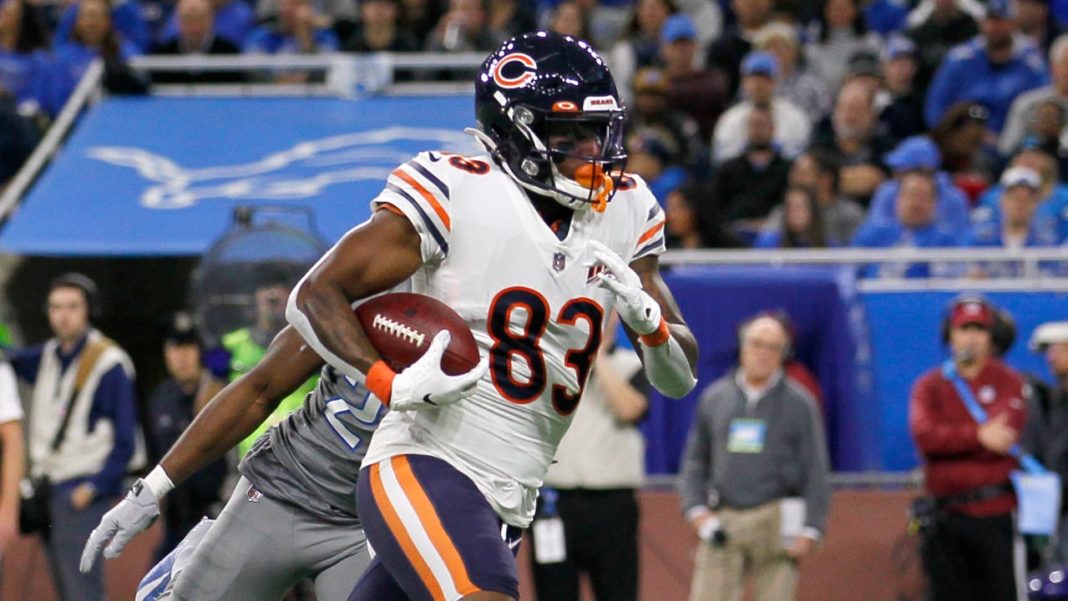 Javon Wims has had a rather interesting start to his NFL career. He hasn’t played a ton of snaps through his first two seasons and doesn’t get targeted in the passing game much. At least not in comparison to fellow wide receivers Allen Robinson, Anthony Miller, and Taylor Gabriel. However, it seems like the Chicago Bears receiver has found a particular niche. One that is somewhat unusual but hard to deny at this point after Thanksgiving.

It’s true. The receiver has played or dressed in a total of 16 games dating back to last year. In that time he has made 16 catches for 169 yards and a touchdown. Most of that production has come in just three games. Those three were against NFC North rivals the Minnesota Vikings and Detroit Lions. All three of those games were victories and Wims was a big reason why.

In the season finale of 2018, he made a couple of huge third down conversions to set up the touchdown that put the game away. Then in the rematch at Soldier Field, he delivered the biggest play of the day on a 37-yard bomb from Chase Daniel to help create a key field goal opportunity. Then he had a key 19-yard play towards the end of the first half in Detroit that led to a field goal as well, giving the Bears some needed momentum going into the second half.

The Bears have remained hesitant in regards to giving Wims extensive snaps on offense. He’s only topped 50 on offense in a game three times. In those games he’s been targeted 12 times, making nine catches for 112 yards. So clearly when he’s given an opportunity, he finds ways to contribute. Wims has waited patiently for his turn and done everything the Bears asked. It’s time for them to get serious and start incorporating his skills more into the offense. There’s no denying they have an effect.

If he can be this effective in the NFC North showdowns, why can’t he do the same against opponents who haven’t seen him before? Mitch Trubisky seems to like bigger targets. Allen Robinson is the obvious example. If getting Wims more into the mix will help the young quarterback, then that needs to happen.