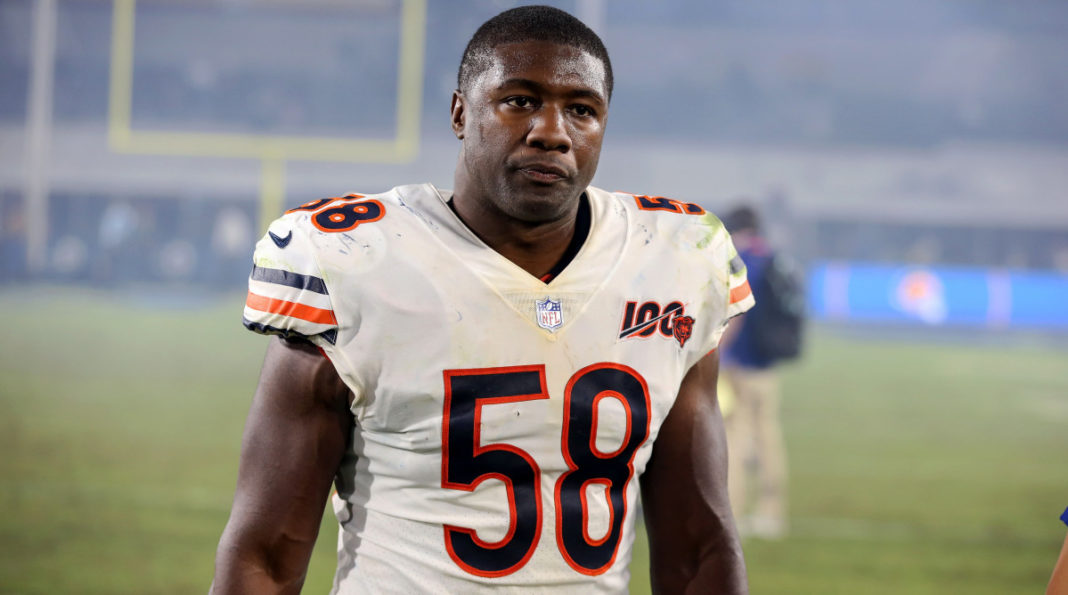 The Chicago Bears defense has taken a series of brutal body blows over the past couple of months on the injury front. It started with Akiem Hicks back in October against Oakland. Then it was Danny Trevathan going down against the Lions. Prince Amukamara didn’t play against Dallas with a hamstring. Now Roquan Smith is down too following the first drive of that game. Four key starters out. Fortunately, three of them might be able to return before the end of this season. Smith? He might be the odd man out.

Head coach Matt Nagy reported after the game that things “weren’t looking good” for the inside linebacker. He was declared out almost immediately after heading to the locker room in the 1st quarter. Never a good sign. It was later reported that he suffered some kind of pec injury. This typically leads one to think he tore his pectoral muscle. Anybody who has followed football knows this is a highly painful injury and one that ends the season for most players.

Sadly Ian Rapoport came out and confirmed this is the likely diagnosis. Smith will go in for an MRI to make sure this is the case. If it is, Smith’s season is over. This will leave the inside linebacker position in the hands of backups Nick Kwiatkoski and Kevin Pierre-Louis moving forward.

Roquan Smith news is sad more than anything

While Smith’s loss is another tough one for the Bears to swallow, it’s even tougher for the man himself. The 22-year old was just starting to play at a high level over the previous three weeks. He had 30 tackles, an interception, and two sacks in that span. The guy was looking like the future star many felt he could be. For things to be derailed like this is so unfortunate. Even so, he did manage to finish with more than 100 tackles for the second-straight year. Provided the injury heals correctly, he’ll be fully recovered by training camp in 2020.