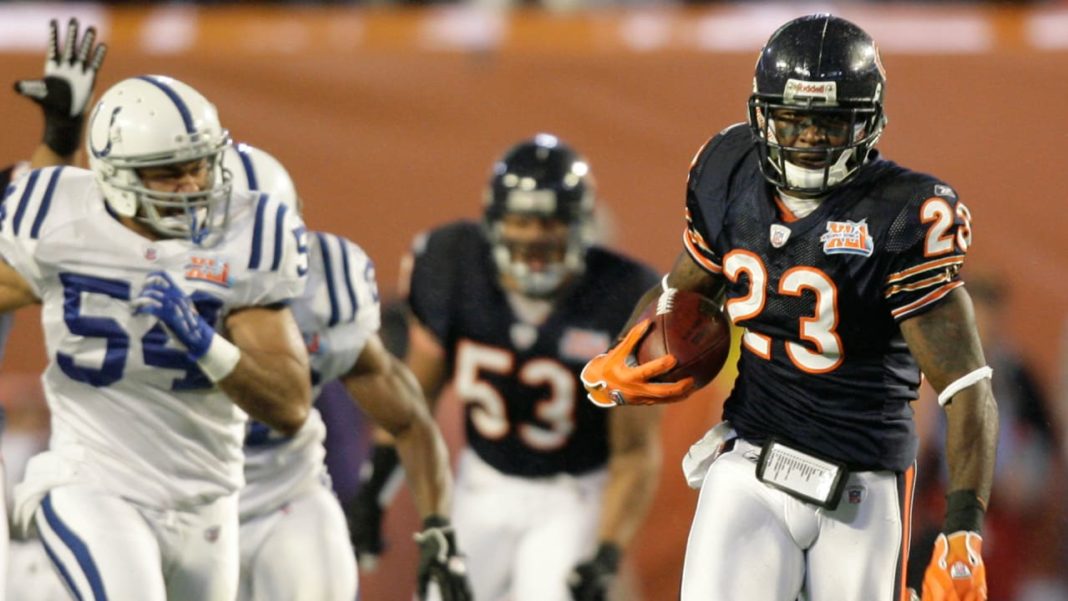 By this point, we thought as Chicago Bears fans that we’d heard all the great stories there were to tell about Devin Hester and his iconic return of the opening kickoff in Super Bowl XLI. Tony Dungy openly admitted he had planned to not even bother kicking it to him. Then over the course of the week leading up to the game talked himself into it. One of the few big mistakes he made during his coaching career. Yet somehow Hall of Fame cornerback Deion Sanders has that topped.

People who have followed Hester in his career know that Sanders was his idol. Every time the returner ran back a punt or kicker for a touchdown, he’d put his hand behind his ear and high step towards the end zone. Just like Primetime did. Sanders appeared on NFL Network for the voting of the NFL All-Time team defensive back and return specialist edition. It was here he told a story of how he and the Bears icon became so close personally and how that relationship created a magical moment during that kickoff return in the Super Bowl.

“That guy there, in that Super Bowl after the pregame show we ran up under the tunnel. We were in the tunnel in Miami and I was looking, I was like, ‘He’s gonna house this thing. He’s gonna house it.’ And as he got it and as he cut, when he cut I saw him find daylight. I ran from under the tunnel down to the end zone. I was trying to meet him there. I’m barefooted running out there on the field and he housed that thing. I mean I was in tears because I was so proud of him.”

Deion Sanders was glad to be part of Hester’s greatness

One can understand Sanders’ emotions at that moment. He and Hester had struck up a relationship earlier that year when fellow Hall of Famer Ed Reed got them in touch with each other. As the season progressed, Sanders began referring to Hester as “my baby” every time a new highlight of a return or big play came up. So one can only imagine the emotions involved when the guy became the first and only player ever to house the opening kickoff of the biggest football game on the planet.

It would’ve been a funny sight to see a shoeless Sanders sprint onto the field to celebrate with his friend. Either way, this is yet another fun story about what is easily one of the top 5 plays in Bears history.