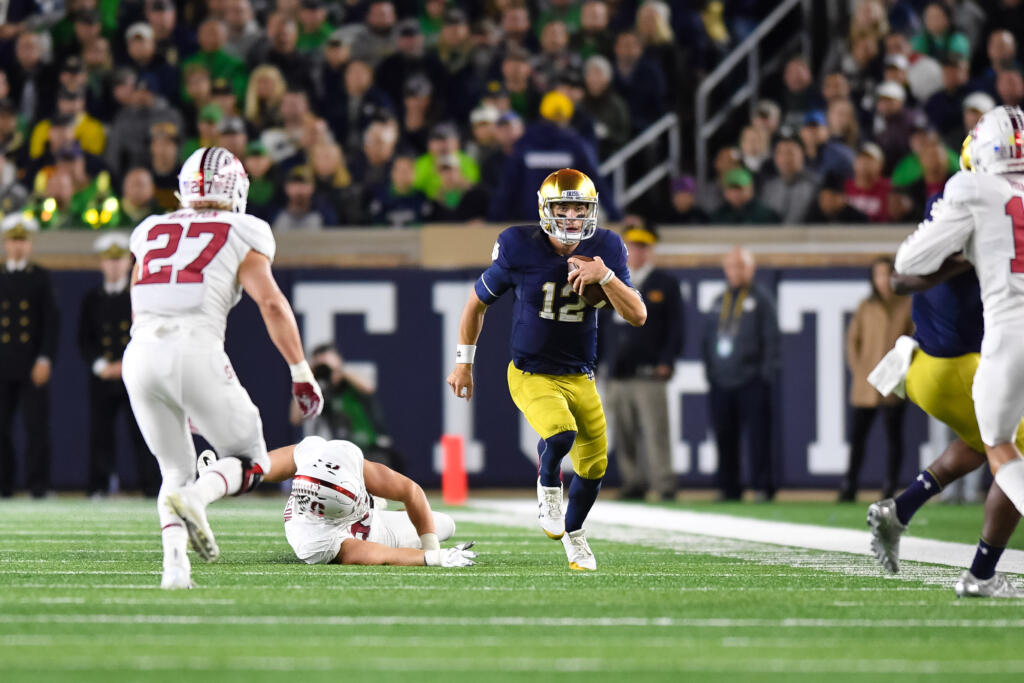 In order to fully understand the upcoming opponent for the Camping World Bowl let’s look at Notre Dame versus Iowa State, by the numbers.

Every week this season on my page, I put together a side-by-side of Notre Dame’s upcoming opponent. Below are statistics derived from the official NCAA stats website. 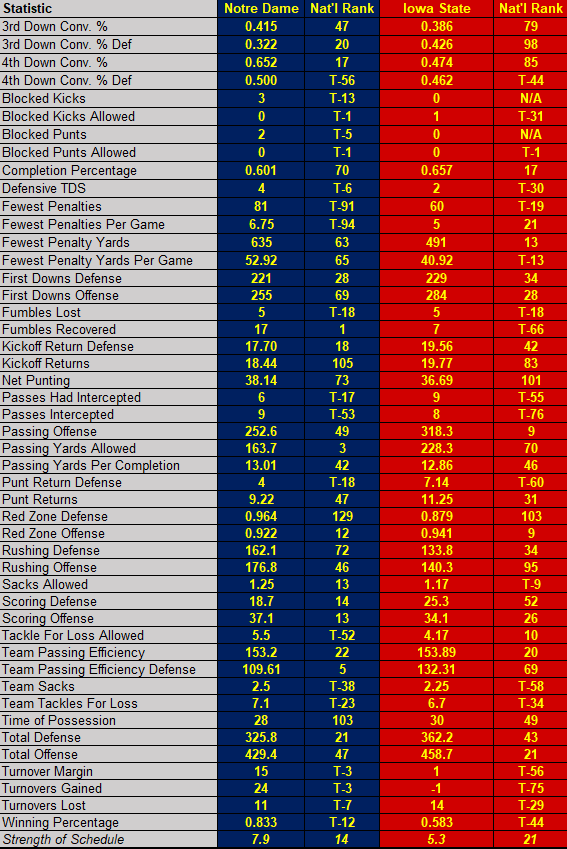 What stands out to you?

For me, I see a much more evenly matched game on paper than the records will indicate.

Not only did Iowa State sophomore quarterback Brock Purdy finish fourth in total passing yards this season, but he did so completing 66% of his passes. Purdy attempted 445 of the 450 passing attempts this past season so it’s safe to say that 66% was very much his doing.

The Cyclones finished the season averaging a healthy 458.7 yards per game, 21st overall.

In comparison for the Irish – fans witnessed a huge drop in completion percentage from Ian Book in this year’s campaign. This season, the Irish collectively completed only 60% of their passes, but Book fell from his 68.2% in 2018 to 59.3% this season.

Offensively, the Irish finished the year with an average of 429.4 yards per game.  Despite it only a 29.3 yard difference, this was only 47th best.

It’s a pretty safe bet that which ever team heads into the red zone in this game will end up leaving with points.

It’s fairly remarkable that all things considered, the Fighting Irish have only allowed 18.7 points per game – 14th best in the NCAA.

Earlier I mentioned how the record of Iowa State does not indicate how well the team has played in the brightest of spots. The went toe to toe with Iowa, Baylor and Oklahoma. Between those three games, they lost by an average of 1.6 points. They were able to get through against Texas. Another game decided by two points.

The Irish though, still played a harder schedule by the numbers. Unfortunately that was the difference between a potential New Years bowl game and the lowly Camping World Bowl.

In the spot light the Irish fell just short and then flat on their face.

Even so, Notre Dame finished with the 14th toughest schedule. The Cyclones finished 21st.

The Expectation Vs Reality

Notre Dame has the scoring offense edge as well as the scoring defense, but this is a story that we have seen many times before. Notre Dame is expected to come out guns a blazing behind Tommy Rees‘ play-calling. But in reality, the Irish cannot sleep walk through this one.

Will the Irish make a statement, or is this shaping up to be a vintage Brian Kelly bowl game?