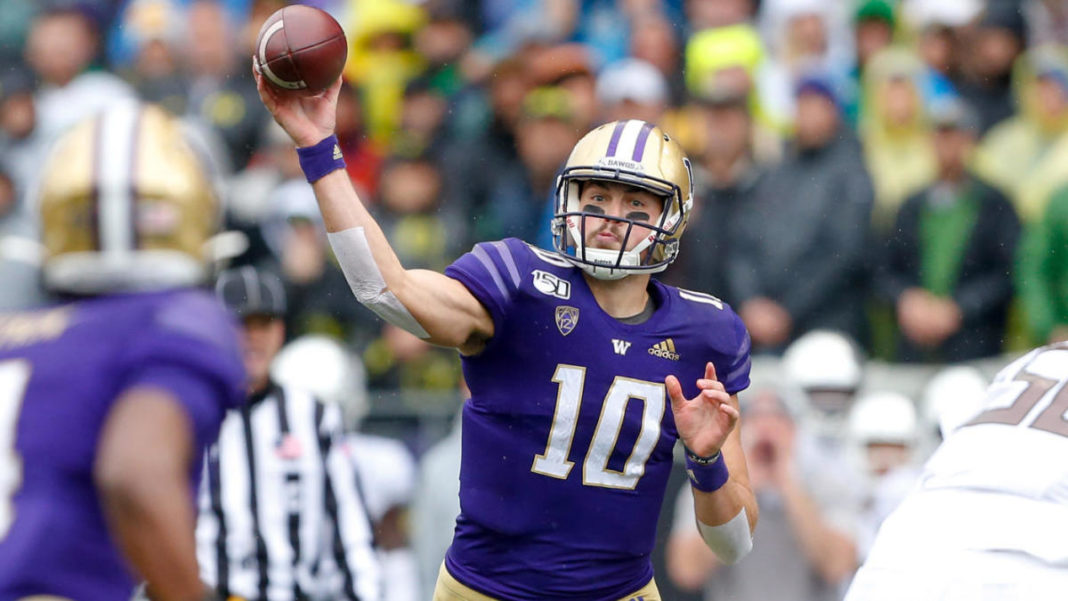 The Chicago Bears offense doesn’t have a quarterback right now. Mitch Trubisky is still working hard to be that guy but with half the 2019 season in the books, his latest impression has not been ideal. If the second half of the year is similar to the first, there is a strong likelihood he could find himself benched in 2020. At that point, the Bears will be left with a tough decision. Who do they get to replace him?

Immediate assessment suggests GM Ryan Pace and head coach Matt Nagy would target a veteran on the free agent or trade markets. Why? After such a disappointing year, they both might be fighting for their jobs next season. It would make far more sense for them to place those hopes into a more experienced signal-caller. Somebody like Teddy Bridgewater, Andy Dalton, or even Alex Smith.

That said, this doesn’t mean they’ll ignore the draft. Chicago has two 2nd round picks coming next April. While other areas like the offensive line, tight end, and secondary need considerable attention, there is a definite chance they might reserve one of them to grab a new QB. If this is the case, do any of the notable names in the upcoming class fit what they like to do offensively?

Prospects who fit the Chicago Bears offense in 2020

“Smart, cerebral quarterback…He’s quick to make decisions and quick to process — will tear you apart when he’s left to stay in rhythm in the pocket.”

Of all the prospects in this class, Fromm can be classified as the purest pocket passer. He’s not going to take off and run because he’s not the most mobile guy in the world. So how does he compensate? By knowing everything the defense is trying to do before the snap and understanding where he wants to go with the football after the snap. When his team spreads the offense out and allows him to survey the field, he typically finds the open man.

This is ideal in regards to Nagy’s system. The Bears coach is a big proponent of running spread looks with three or four receivers. Trubisky hasn’t been able to correctly identify where to go with the ball often enough. Fromm has shown multiple times over the past two years that he can. Throw in the fact he’s a tremendous leader and that sounds like a guy the Bears can work with.

The best way to describe Hurts? At Alabama, he was their version of Tim Tebow. A guy who made more plays with his legs than he did his arm. Not until he transferred to Oklahoma have people begun to appreciate how good he can be as a passer. He doesn’t have an elite arm but it’s good enough. His pocket poise and awareness have also significantly improved. A welcome sign that many draftniks were waiting for.

Over that span, Hurts has sort of transformed from Tebow into more of a Dak Prescott. He’s not the biggest or has the strongest arm, but he’s got enough of both combined with a tough body, ability to run, insatiable work ethic, and natural charisma. Considering what he’s been through in his college career, nobody can say the kid isn’t mentally tough. The Bears need somebody like that under center.

“Shows flashes of excellent ball placement at all three levels of the field. Uncanny pocket presence. Poise and demeanor under pressure is like an NFL veteran. Adept at making pre and post-snap adjustments.”

The situation with Eason is a fascinating one. Experts seem rather split on him. Some love him, some don’t. One thing that is certain is he’s a tall kid with a top-notch arm. He can throw the ball 60 yards with relative ease. What people have wanted to see from him is more consistency. Thus far he’s improved in that department in 2019, however he still has made some decisions that were hard to defend.

Some might see him as another Carson Wentz. He’s not rapid in terms of his operation but he’s smart, poised, and willing to stand in and take the hits in order to make the play. He can also move well which only adds to his arsenal. Smart money says he will end up going in the 1st round, but there is an undercurrent of belief that he may slip to the early 2nd. Something the Bears should monitor.