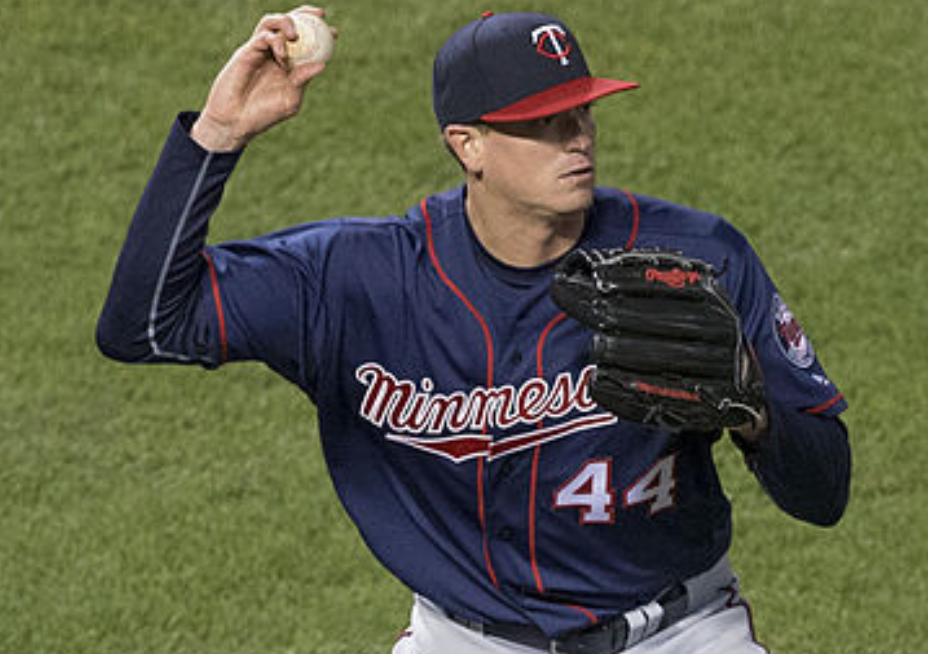 This offseason is only a week old, but Cubs fans pretty much have a good idea that the team isn’t going to be making any huge splashes in free agency. It doesn’t mean the Cubs aren’t going to make drastic changes to their roster, but it won’t come via spending on top-tier free agents.

So, the predictions that MLB Trade Rumors publishes every year are certainly a tad bit underwhelming this year, with Gerrit Cole, Stephen Strasburg and Anthony Rendon all on the market. Looking at the Cubs current roster construction there’s a need for starting pitching, high-leverage reliever, second baseman/utility infielder and an outfielder.

MLBTR predicts the Cubs will address their pitching needs by signing the 19th and 22nd ranked free agents on their top-50 free agents list.

They don’t believe Cole Hamels will re-sign, so replacing him in the rotation, MLBTR predicts the Cubs sign right-hander Kyle Gibson.

Kyle Gibson – Cubs.  Two years, $18MM.
Gibson was drafted 22nd overall by the Twins out of Mizzou in 2009, after he dropped down draft boards due to a stress fracture in his forearm.  At the time, Gibson was considered a possible future ace on the fast track to Minnesota. However, the righty went under the knife for Tommy John surgery in September 2011, delaying his big league debut until 2013. He was 25 years old by then, which is why he’s reaching free agency heading into his age-32 season. Gibson’s injury history also includes a shoulder strain in 2016.
Gibson made 188 starts in his Twins career spanning parts of seven seasons, displaying good durability and decent results. His strikeout and walk numbers have generally been sub-par or average. While Gibson’s strikeout rate has risen over the past two seasons, so too has the entire league’s. Where Gibson succeeds is in his ground-ball rate; in fact, his 50.6 percent mark over the past three seasons is the best among all big league pitchers who have thrown at least 500 innings.

There’s really nothing spectacular about Gibson’s MLB career through seven seasons, posting a career best 3.62 ERA in 196.2 innings in 2018. His strikeout rate is average, but his ground ball rate that’s been above 50% since 2017 is appealing. Gibson would be signed to be the fifth starter. Doesn’t really move the needle.

For the Cubs bullpen, MLBTR predicts a two-year deal for right-hander Will Harris.

Will Harris – Cubs.  Two years, $18MM.
Harris, 35, might be the best MLB reliever you’ve barely heard of, at least until the playoffs this year. Since joining the Astros via a November 2014 waiver claim, Harris has posted 297 innings of 2.36 ERA ball. That mark ranks third in MLB over that time — ahead of Kenley Jansen, Craig Kimbrel, and various other well-compensated firemen. As a righty with a 92 mile per hour fastball and only 20 career saves, perhaps Harris’ anonymity makes sense. But Harris is a spin rate monster who specializes in weak contact. He’s got an excellent ground-ball rate and should be a popular free agent this winter even after allowing a pair of critical World Series homers (the latter of which was an improbable, barely-a-homer shot that came on a well-executed pitch; tip of the cap to Howie Kendrick…who we’ll get to in a bit).

I mean, his numbers have been great with the Astros and he was awesome during this past postseason before his final two outings in the World Series. And even though Harris didn’t make a poor pitch in Game 7 on the Howie Kendrick home run, you kind of worry about the psyche of a reliever after giving such a monumental hit in the playoffs. Yet, I don’t really care about that, but I’d prefer if the Cubs add a reliever who can blow guys away instead of relying on contact to get outs late in games.

And that’s it. MLBTR does mention the Cubs as possible suitors for some of the high-end free agents, but again that seems unlikely this offseason. Other mid-tier to lower-tier free agents the Cubs might pursue include Wade Miley, Daniel Hudson, Rick Porcello and Josh Lindblom.

Of the other top-50 free agents on MLBTR’s list, the Cubs are reportedly interested in bringing back Nick Castellanos.

Pedro Strop could come back on a team-friendly deal and Japanese free agent Shogo Akiyama has been linked to the Cubs as well.

You can see all the MLBTR predictions here.