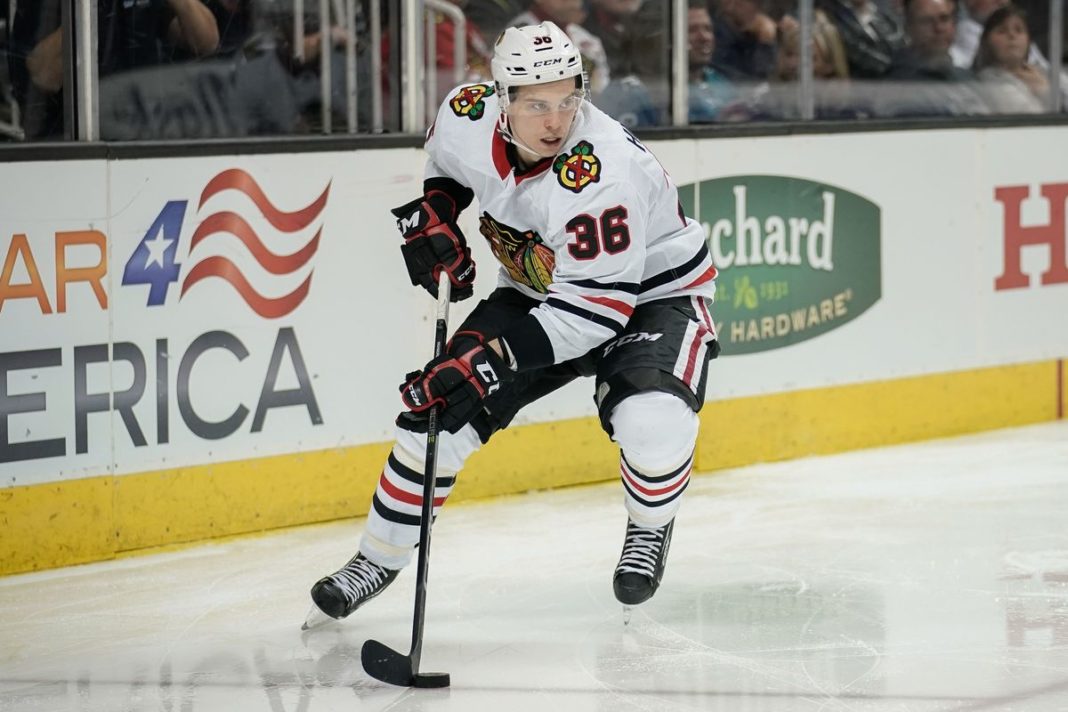 The Chicago Blackhawks recalled Matthew Highmore from the Rockford IceHogs of the AHL on Monday. The Hawks have been playing with just 12 forwards since Drake Caggiula suffered a concussion vs. Toronto on Nov. 10.

Highmore spent the majority of the last two seasons playing for Rockford and impressed in 2017-18 with 43 points (24G, 19A) in 64 games. The left-handed winger was forced to miss most of last season after undergoing surgery on his right shoulder. In 17 games for the IceHogs this year, Highmore’s recorded four goals and six assists with 10 PIM.

At practice on Monday afternoon, Highmore rotated in and out with the fourth line of Carpenter-Dach-Smith. Coach Jeremy Colliton essentially stuck with the same lines the Blackhawks rolled with against Dallas on Saturday.

“He’s looked really good. Good to get him here and get a look at him,” Colliton said about Highmore’s call-up. “He can get comfortable. Whether he gets in a game or not, I don’t know… Their team’s playing well right now, so that’s also good for those players to understand they’re not far away.”

The Blackhawks are back in action on Tuesday night vs. the Stars at the United Center. Colliton has gone with the same forward group since Caggiula’s injury, so it will be interesting to see if Highmore makes his season debut.