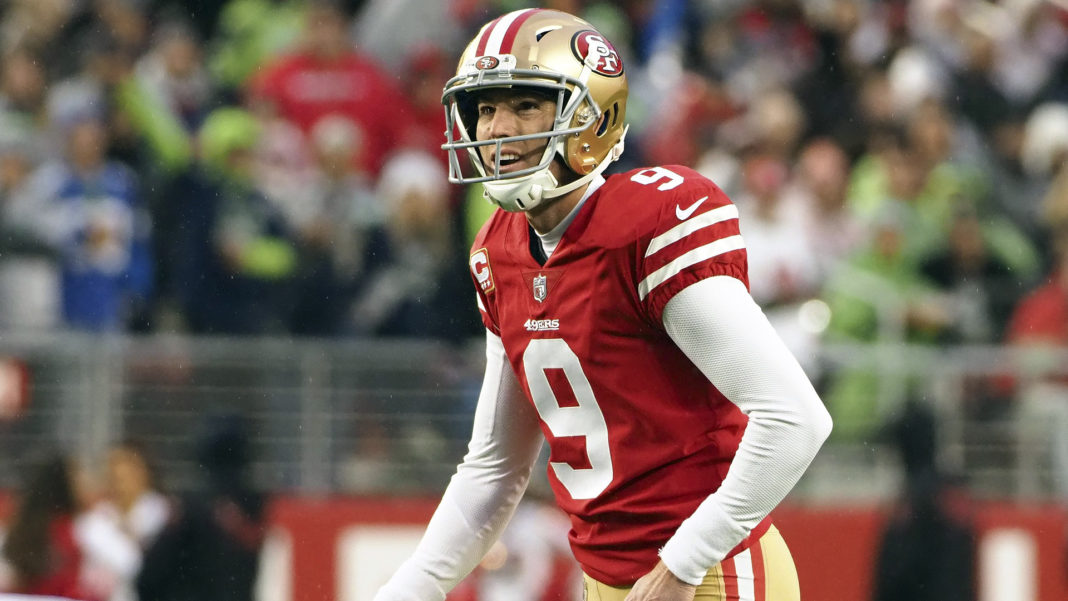 The San Francisco 49ers seemed quite confident that if they simply stood firm on their decision regarding the franchise tagging of Robbie Gould that things would work out eventually. Time has continued to move along. OTAs are over and mandatory minicamps have arrived. All the while, the 49ers still remain without a kicker. Gould has not signed his tag contract and it appears isn’t even close to doing so.

This has fast developed into a game of chicken. Which side will blink first? Either Gould finally relents and signs his deal or the 49ers agree to either rescind the tag or trade him. Technically San Francisco could keep him on the tag all season but it doesn’t feel likely they would do that. Gould isn’t Le’Veon Bell. He’s a solid kicker who is 38-years old.

Perhaps Gould knows what he is doing. Maybe if he sticks to his guns long enough, the 49ers brass will lose patience and grant his wish just to be rid of the distraction. After all, just a year ago another team did it in Oakland with Khalil Mack.

Gould isn’t dumb. He understands the situation the 49ers are in. They aren’t willing to pay the money he wants. So by holding out he’s put himself in a perfect situation. Either they give him the money and contract length he’s looking for or they let him go somewhere else. Either way, he wins. It comes down to whether he is willing to stick with the holdout into training camp and beyond.

As with Mack, that is when people realized he was serious. The Raiders weren’t ready for it. They thought they had things well in hand. When they found out that wasn’t the case, they decided to cut their losses rather than give their star player what he wanted. Now he’s a Bear. Could lightning strike twice with the way things are going with the other Bay Area team?

No doubt Bears fans everywhere are hoping and praying for it to be the case.