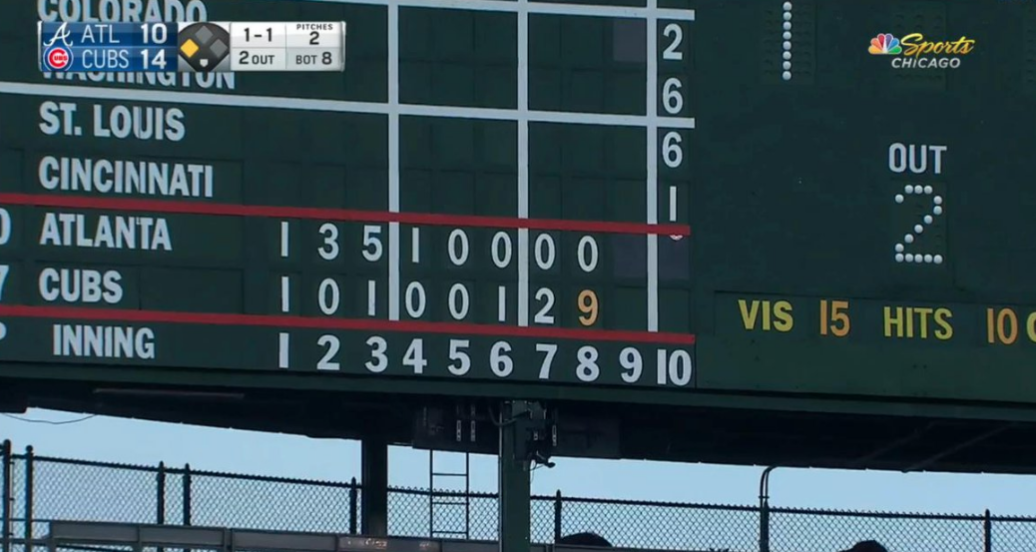 Baseball is goddamn stupid and I absolutely love it.

Chicago Cubs fans were cursing the season away after Jose Quintana was pulled with only one out recorded in the third inning. After the top of the sixth inning, the Atlanta Braves were leading 10-2.

As a matter of fact, the Cubs getting a run in the sixth inning to cut the lead down to only seven looked bad because they only scored one run with the bases loaded and no one out. Yet, the Cubs kept scraping away, scoring two more runs in the seventh inning to make it 10-5.

Then all hell broke loose in the eighth.

THE CUBS SCORED 9 RUNS IN THE 8TH!

Even crazier? The Cubs only got three hits in the nine-run rally. 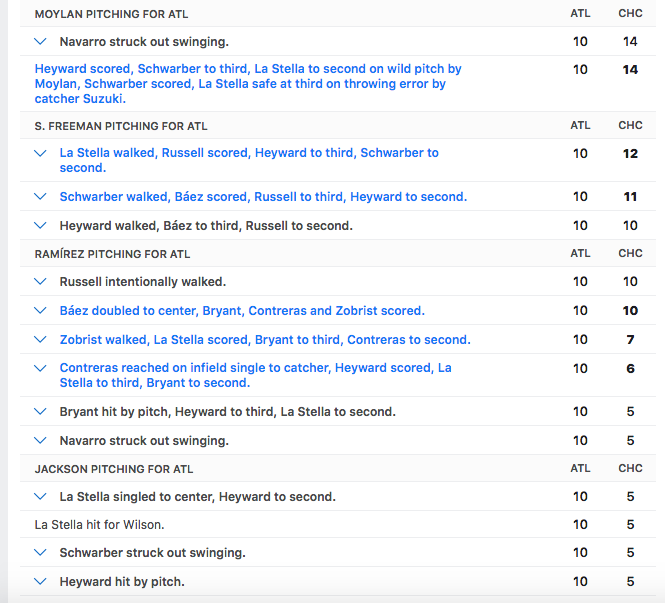 And then after trailing by eight runs in the sixth, the Cubs took the lead on another bases loaded walk.

The Braves just melted down after that.

Can’t believe I was so wrong about the final score.

This is going to be the most painful 11-10 Cubs win ever.