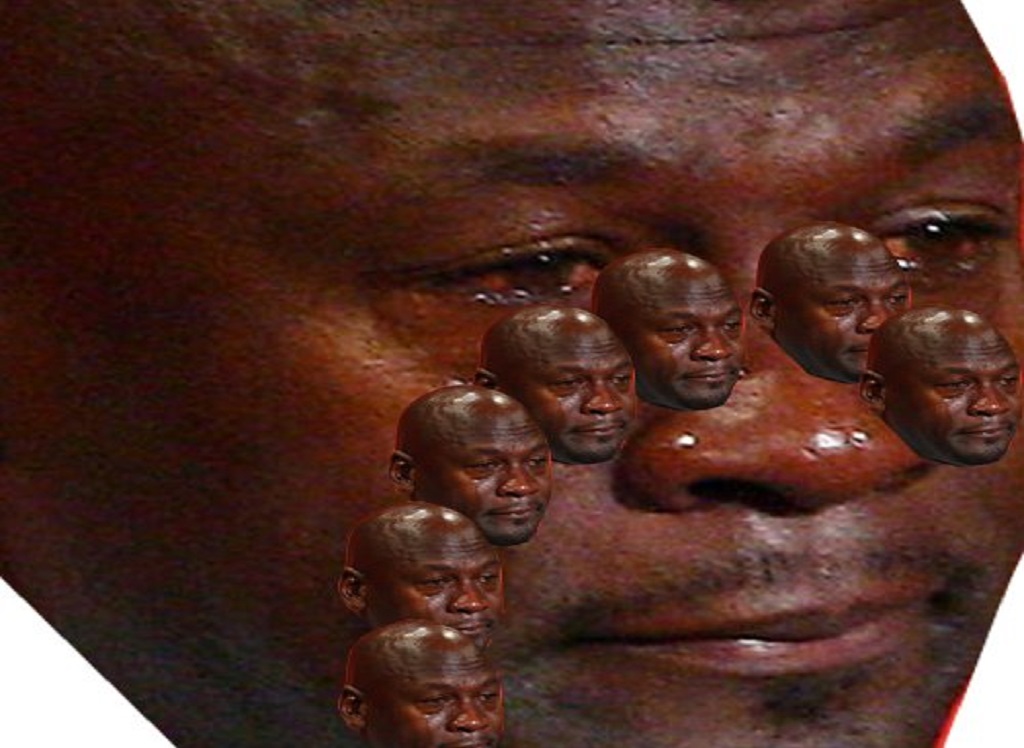 Who else is sick of the Crying Jordan memes? How is it that they’ve taken over the sports world? It’s gotten to a point where Twitter and the internet are so overly saturated with the crying legend’s face that none of them are funny anymore. Regardless of the medium, there are a rare few gems that you can watch or look at over and over without them losing their hilarity.

It’s Over, These Guys Win

With that, let me cast my vote for this to be the last Crying Jordan meme ever. I’ll tell you why after you bask in its glory. Enjoy:

It Works On So Many Levels

Barstool Sports tweeted this after Lebron James and the Cleveland Cavaliers lost to the Toronto Raptors in Game 4 of the Eastern Conference Finals last night, which evened the series at 2-2.

First of all, Lebron and the Cavs were supposed to oust the Raptors in five games max, if not sweep them. That’s what everyone expected, anyway. The fact that Lebron finds himself in a real battle after breezing through the first two rounds is enough to make him upset, cranky, nervous or worried. And yes, perhaps even Crying-Jordan-tearful.

You must give the creators of this GIF credit for quality. So many times you see folks on Twitter lazily slap Jordan’s face on someone else’s. The sloppiness really bugs me. Take some pride in your art, people! No, this Crying Jordan magically appears. Then it moves-nay-dances, before evaporating into thin air along with the chalk that spawned it.

This GIF was created from a game long ago, when Cavs Lebron was still Cavs Lebron 1.0. When “The King” returned to his “Kingdom” of Cleveland (I could make a jab here, but I won’t…) and became Cavs Lebron 2.0, he did away with the whole chalk toss tradition. He even wavered on whether or not to continue doing it. Maybe he figured that because it never got him a championship the first time around, it wasn’t worth it. It was just a waste of perfectly good chalk. Lebron’s indecisions about playing for Cleveland and whether or not to use the chalk toss? #FAIL. Letting the Toronto Raptors tie the series everyone expected you to sweep? #FAIL.

Before every game, Michael would get his hands good and chalked, then walk over and clap his chalky hands into the face of Bulls legend and TV broadcaster Johnny “Red” Kerr. It was their little tradition, Jordan’s fun way of saying “Hi” to Kerr before tipoff.

Jordan’s crying ghost appearing in Lebron’s chalk is a perfectly hilarious way of encapsulating Lebron’s career. He will never be better than Jordan, despite how badly he wants to be and how much he tries to steal from him.

And it will haunt him forever.

That’s why this Crying Jordan is the best one yet. So let’s make it the last one, shall we?

Who am I kidding, I’m guessing at least 50 new ones popped up in the time it took me to write this. Nothing stops this Crying Jordan train.