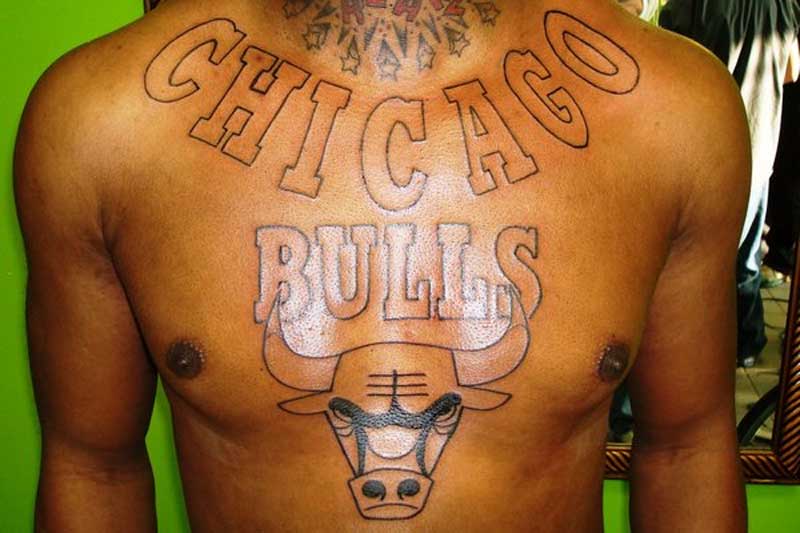 The Chicago Bulls domination in the 90’s has led to a lot of ink getting tatted on loyal fans. There’s literally so many awesome Chicago Bulls tattoos out there that it’s very difficult to narrow them down in any way. These specific tattoos stuck out to me when taking the time to research getting some red and black ink. Some much better than others.

The problem with fans getting Chicago Bulls tattoos is that there’s no rules. No sizing, location or consistency rules are enforced, everyone just chooses for themselves and the results could be scary. You’d have to imagine that most of these were just mistakes made 15-20 years ago, could you imagine what would happen if the Chicago Bulls won a NBA Championship today? ‘Pooh Bear’ would be tatted on every bae in the city,  oh boy. 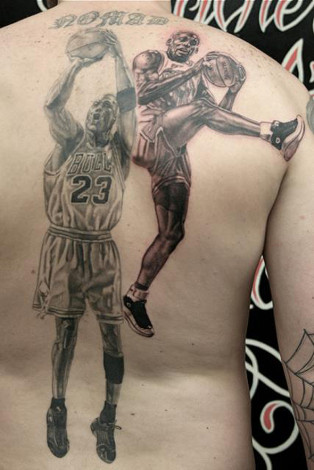